In today’s post we’ll be taking a closer look at a successful example of a Fiverr Clone, a website called Five Squid. We will be drawing on idea’s that you can put to good use when it comes to creating your very own, successful Fiverr Clone Site.

What Is Five Squid?

According to a Google search “Fivesquid.com is a British-based freelance marketplace website where people can trade skills and services. First launched in 2011, the website hosts a variety of services, from tech jobs like SEO specialist advice to bizarre things like having a man with a parrot produce a quick clip advertising a business.”

An Analysis Of Five Squid

Let’s start with the target market of Five Squid. Having an understanding of your target market is paramount to being successful, both as a business as well as online. In this case Five Squid appear to be targeting the UK market as their prices are listed in £’s (GBP), despite having a ‘.com’ domain which gives them worldwide coverage. In the UK one pound (£1) can be colloquially referred to as a squid, which gives us an indication of the thinking behind their name. In our opinion, choosing a name like this is an excellent start to developing a successful ‘Fiverr Clone’ as it tells the user exactly what they should expect; jobs for £5!

Unique features or ‘Unique Selling Points’ of the Five Squid website include that it appears to be the only one of it’s kind to service the UK target market. A simple search of “Jobs for £5 in the UK” turns up no other competitors and it is clear they have established themselves in the market, having been around since 2011. What they appear to have also done well with, is showing a wide array of gigs listed on their homepage, this helps to entice a new user into having a deeper look, without getting lost in a maze of categories, filters and nonsense. Other notable area’s include the fully fledged use of a blog, which they appear to be doing right. Not only do they have a number of interesting posts surrounding the freelance market, they appear to be optimising these posts for particular keywords – a must have for anyone looking to gain real traction from their posts. One example being posted in August 2020 is named “How to start a side hustle while working a full-time job” which gives a step by step guide for users, before (of course) plugging themselves as the answer to the question. These fundamentals can of course be applied to your own venture. Think outside of the box, think big, but more importantly, you DO NOT need to re-invent the wheel here!

When it comes to the theme used by Five Squid, it look’s like most likened to the ‘Pricerr Fiverr Script‘ but in truth, almost any theme can be made to look just like it. All of the theme reviews we’ve featured have the ability to be customised to your preference, so there is no reason why you couldn’t make any of the top themes, work just like Five Squid. With the Pricerr theme starting from just $99 there’s no cost barrier in the way either, if you are serious then you can make it work with just a small investment.

If you’re not sure where to start, feel free to get in touch with us and a member of our team will be more than happy to help you! We understand that there can be concerns when setting out your journey into your own Fiverr Clone but that’s why we’re here to help.

For us, we have a few main take-away points that are worth noting if you’re serious about setting up your very own ‘Fiverr Clone’ website;

Lastly, check out our full range of ‘Fiverr Script Reviews‘ and understand what is out there on the market, there really is a clone for everyone! It’s As Easy As

Registering Your Domain and Hosting

Fiverr Script Clones ·
@ClonesFiverr
If you're looking to launch a site just like #Fiverr then WP Jobster might just be for you, using the power of #Wordpress to have your very own #Freelance website set up in... seconds! https://t.co/Zwn6PQPXlr
View on Twitter 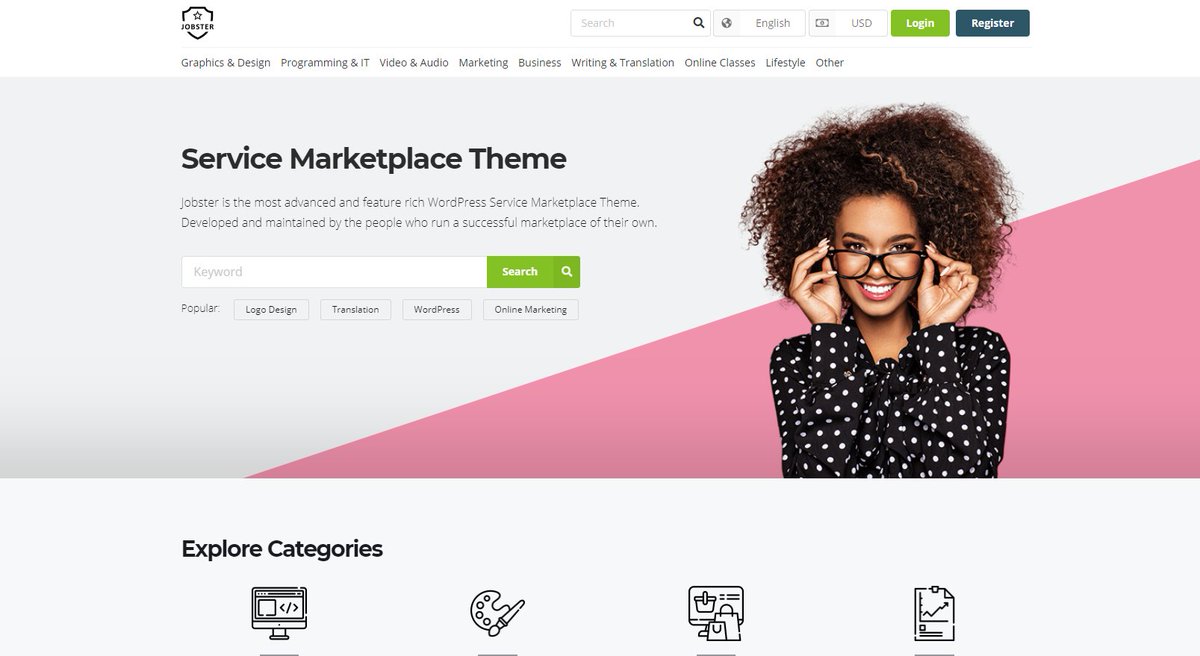